A crowd of shocked onlookers didn’t look on in shock earlier today when hack from a local shitrag enjoyed a prime pasty without risking their life.

The same hack appears to have written a recent article which, instead of revealing any level of journalistic skill whatsoever, appears to be in response to some buffoon sending in a video of a Police Officer grabbing some food whilst on duty.

According to the article, the Police Officer “Parked Illegally” which is utter bollocks because they appear to be parked in advisory hatch markings on a private car park which even a school child could tell you isn’t “Illegal” at all. 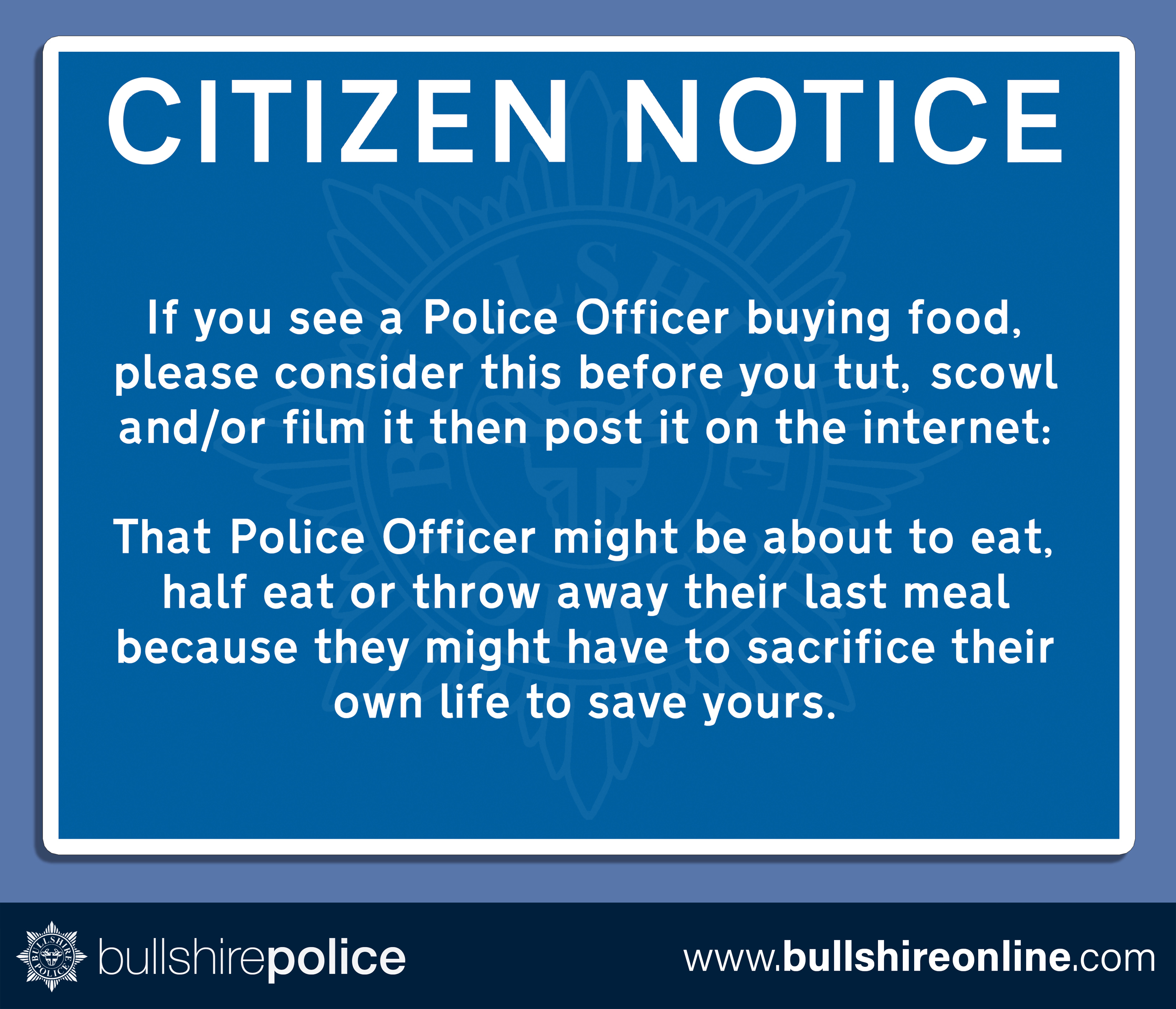 The hack demonstrated a complete ignorance of many factors; and failed to use this poxy video they were sent to actually be nice about the Police who – one day – may keep her safe from harm.

Furthermore, it is entirely possible that the Police Officer the hack revealed might have been working for fucking hours without a break.

Local hacks are utter shitheads.  They have very limited morals and care more about ad-revenue from shit clickbait poxy fucking articles they put no effort into whatsoever.