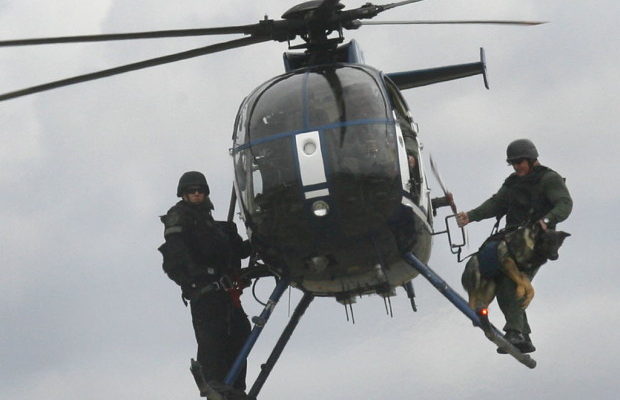 Bored Facebook users with nothing better to do with their time other than to post inane drivel on Social Media have today proved that, once again, they’re generally quite thick.

Someone posted a photo of some police dogs being flown around on a copper chopper and, without checking to see whether it was a photo of police in another part of the world downloaded from The Googles, local Citizens are now calling for the top cop of Bullshire Police to resign for being cruel to animals.

Bullshire Online reporters have sent a Freedom of Information Act request to Bullshire Police and, after a few weeks of wasting their time, they might tell us what it was all about.  Obviously our reporters could’ve actually done their job but they’re pretty lazy.

Stay tuned to Bullshire Online for more news in a few weeks; or, if you’re particularly stupid, believe everything you read on Facebook.