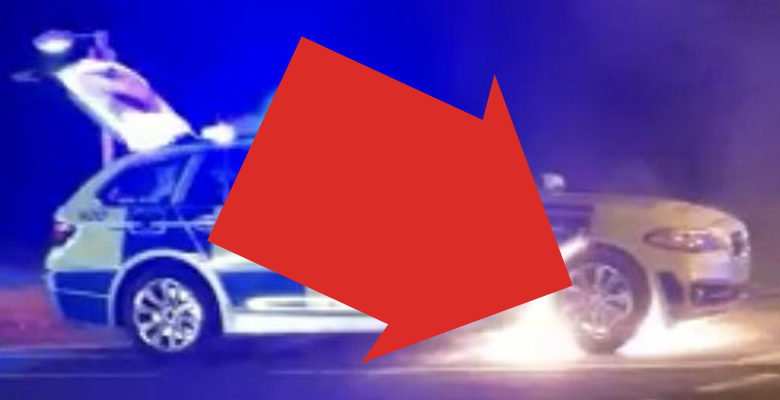 Crowds of shocked onlookers gathered around Social Media recently; wondering ‘Is this what happens to a BMW when the indicators are used?’

Bullshire Online set one of our intrepid investigative so-called reporters the challenge of finding out.

We recently saw a video on Social Media showing a Police Car on fire. Here it is. We blatantly nicked it from UK Cop Humour but we’re sure they won’t mind because they’re always nicking our stuff anyway.

In case the media vultures rob your video, crop it and claim its theirs, we've adjusted it for you… pic.twitter.com/pYmvKBBnGa

Anyway, regardless of the click bait headline, no. No this isn’t what happens to a BMW when the indicators are used. Sorry about that.

The footage appears to show a police car which set on fire. That’s about all we know. You can, however, choose to have a look on Twitter at this follow up:

As has been reported elsewhere, the car fire last night was our area car which spontaneously caught fire whilst on scene at a call. Contrary to social media reports, the vehicle had not been involved in a pursuit or collision. Nobody was hurt, cause of fire is not known #520PY pic.twitter.com/fdPTqGOeWX