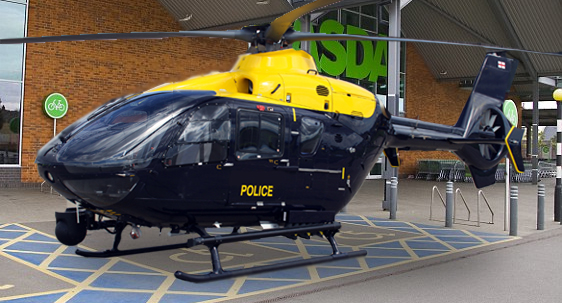 A probe is progressing into a peckish police pilot who parked properly prat-like down The Asdas earlier today (Saturday).

Crowds of onlooking shocked shoppers looked on in shock as a police pilot piloted their chopper into the DISABLED PARKING BAYS down The Asdas.

Shocked onlooking shocked shoppers looked on in shock as the pilot popped into The Asdas before popping out a couple of minutes later with some sandwiches.

At this time, Bullshire Online do not know the variety of sandwiches; but we’ve received unconfirmed reports indicating they were ham and cheese.