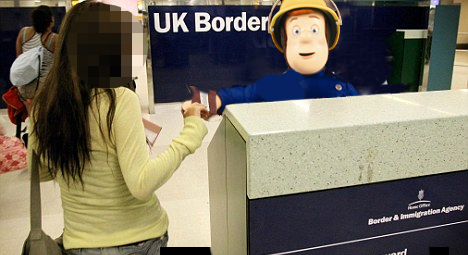 The internet is in meltdown as ‘Fireman Sam’ appears to be causing chaos at the ‘UK Borders’.

Bullshire Online has learned that the fictional cartoon character was drafted in recently to help with ‘Border Checks’ after thousands of people moaned about there being a lack of border checks at the UK borders.

Unfortunately, the same people who previously moaned about a lack of security at the UK borders are now moaning because, as ‘Fireman Sam’ is a fictional cartoon character, he’s not very good at spotting potential baddies at the UK borders.

Dozens of shocked onlookers looked on in shock as this snap of ‘Fireman Sam’ was snapped.